OPC UA TSN is the "black horse" of the future full interconnection architecture?

When it comes to OPCUATSN, apart from several mainstream manufacturers, only a few people in China understand this trend. The popularization of new technology has a process from high and low to public response. It is gratifying that more and more engineers, experts and enterprises begin to pay attention to and think about this new technology.

Together with OPCUA, TSN will become the most valuable "potential stock" in the field of industrial communications.

The world's martial arts, only fast, not broken, this sentence is also applicable to the field of industrial communications. Especially the higher requirement of intelligent manufacturing for flexible production, as well as the increasing demand for cross-platform and cross-industry applications, large-scale real-time industrial communication network has brought severe challenges to operators.

"OPCUA provides a standard for encapsulating information model, which enables smooth and unimpeded exchange of information between different platforms and seamless docking with zero cost and time-consuming between platforms." As of now, more than 420 suppliers have produced more than 35000 different types of OPC products in more than 17 million applications, saving billions of dollars in engineering resources alone, said Zhang Yu, chief representative of the OPC Foundation in China.

"TSN (Time Sensitive Network) is a technology that extends from the field of video and audio data to the field of automobiles and further extends to the field of industry." Song Huazhen, marketing manager of Baikalei (China), said that the reason TSN can be used in manufacturing industry is that it solves the complex problem of a single network and integrates with OPCUA to achieve the integration of IT and OT as a whole; periodic and non-periodic data are transmitted in the same network; and the demand of real-time and large-load data transmission is balanced.

"Together with OPCUA, TSN will become the most valuable'potential stock'in the field of industrial communications." Yi Xilu, a marketing engineer at National Instruments Co., Ltd., said that for the combination of TSN and OPCUA, the industry is mostly optimistic about the follow-up value of the unified channel based on the two. If TSN solves the problem of data acquisition at the bottom level, OPCUA solves the problem of semantic parsing at the application level. The unified channel based on TSN and OPCUA will not only completely unify the service standard of data link, but also break the structure of traditional industry and compress to flat. At that time, on the basis of reducing hardware costs, the system architecture will be further simplified and the market prospects will be immeasurable.

Which international organizations are studying OPCUATSN?

Compared with the wide acceptance and mature application of OPCUA, TSN is currently in the stage of technology finalization testing, which mainly solves the interoperability and stability of products. Nevertheless, TSN continued to grow rapidly in mid-2017. 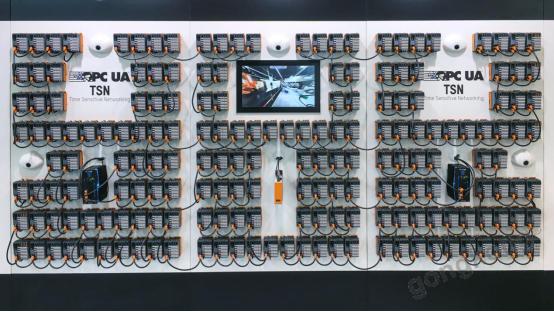 According to Yi Xilu, the EtherCAT Technical Association supplements TSN technology to EtherCAT, and uses TSN to help multiple industrial controllers communicate with different EtherCAT segments in real time through the Ethernet network.

At the same time, members of the OPCUATSN Workgroup ABB, Bosch Rexroth, Baikalei, Cisco, General Electric, Kuka, NI, Parker Hannifen, Schneider Electric, SEW-EURODRIVE, TTTech are jointly promoting OPCUATSN as a unified solution for industrial controller and cloud communication, which is used to achieve deterministic and real-time point-to-point communication between industrial controller and cloud. 。 Based on this open, unified, standards-based and interoperable industrial Internet of Things solution, the industry will be able to use different manufacturers of equipment, and maintain full interoperability. The organization also considers OPCUATSN as a unified standard for industrial automation and industrial Internet of Things connectivity.

In addition, members of the OPCUATSN Workgroup plan to support OPCUATSN in the next generation of products. In this regard, industrial control editors consulted several representative enterprises in particular.

With the support of IIC and OPCUA Foundation, NI jointly promotes the application of OPCUATSN in industrial control and communication with Bosch, Intel, Cooca Robot, Schneider Electric and other companies, and cooperates to develop the first time-sensitive network (TSN) test bench in the world.

In terms of products, NI supports OPCUA and TSN standards in many controllers and latest products, and uses LabVIEW-based special API to help engineers quickly complete graphical programming of OPCUATSN. Baikalei said that the support of OPCUATSN products is currently in the testing stage. At present, OPCUA has been fully integrated in its controller, and TSN is expected to have available products in 2018. ABB and Cisco are also actively preparing for the announcement in the future.

OPCUATSN is a new opportunity for Chinese enterprises to change lanes and overtake.

With the development of technology, the pyramid structure of traditional industry will be broken directly by OPCUATSN in a very probable rate and become flat structure. Without going through layer-by-layer devices, the data collected from the sensor end can be directly connected to the cloud through TSN and OPCUA, without going through PLC controller, SCADA system and MES system.

In China, the deployment of the Internet has reached a high level, and the application of the Internet has also made the network and computing resources economical. The integration of IT and OT will certainly bring tremendous improvement to the Chinese manufacturing industry. As a result, the Chinese manufacturing industry will truly surpass and rapidly reduce the technological gap with the international advanced industrial enterprises.